This seems like the best outcome of the 2PM announcement. Not only are we pulling out of the Iran “deal” (which Israel pointed out, they have not complied with), but we start a massive series of air strikes against them. Both military and population centers. This should put the fear of God in Kim going into next month’s talks.

No worries. John Bolton is on it:

The inescapable conclusion is that Iran will not negotiate away its nuclear program. Nor will sanctions block its building a broad and deep weapons infrastructure. The inconvenient truth is that only military action like Israel’s 1981 attack on Saddam Hussein’s Osirak reactor in Iraq or its 2007 destruction of a Syrian reactor, designed and built by North Korea, can accomplish what is required. Time is terribly short, but a strike can still succeed. 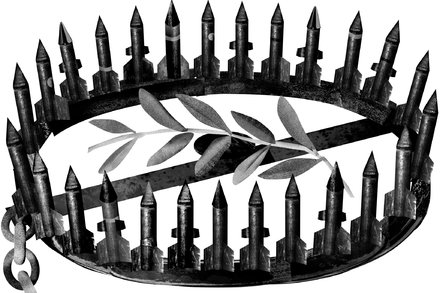 Tehran can’t be trusted on a nuclear deal. Force is the only option.

Absent some alternative deal, the only way to stop Iran getting the bomb will be war.

And it doesn’t appear as if Trump et al are offering an alternative deal.

And now they realise he’s going to pull the trigger, they start to panic.

The Republican chairman of the U.S. House of Representatives Foreign Affairs Committee said on Tuesday the United States should continue to fix flaws in the Iran nuclear deal, and "enforce the hell" out of it, but not withdraw.

I’ve heard lots of “Look, I didn’t like the deal but it’s better than nothing” in recent days.

Maybe they shouldn’t have engaged in years of ■■■■■■■■ hyperbole about this “worst deal ever”, and instead acknowledged that it’s at least doing something to contain Iran.

Staying in the deal or leaving is completely pointless and has no effect on Iran or the legality of the deal.

Mattis is more or less the only person in that administration who I trust to remain relatively reality-based, whether I agree with him or not. And the guy’s been a hawk on Iran, but (from a few weeks ago):

Defense Secretary James Mattis on Thursday praised certain parts of the Iran nuclear deal, as President Trump repeatedly bashed the multination agreement this week and and threatened to pull the United States out of it.

Asked at a Senate Armed Services Committee hearing whether the U.S. should stay in the Iran deal, Mattis would not give his opinion. He later said that the deal’s provisions allow “pretty robust” oversight of what Iran is doing.

“I’ve read it now three times … and I will say that it is written almost with an assumption that Iran would try to cheat,” he told lawmakers.

“So the verification, what is in there, is actually pretty robust as far as our intrusive ability” for the International Atomic Energy Agency to check on whether Iran is complying.

“Whether or not that is sufficient, that is a valid question,” Mattis added.

Mattis has said in the past that the deal, known as the Joint Comprehensive Plan of Action, isn’t perfect, but that staying in it would be in America’s national security interest.

Defense Secretary James Mattis on Thursday praised certain parts of the Iran nuclear deal, as President Trump repeatedly bashed the multination agreement this week and and threatened to pull the United States out of it.

Well, the transition to the new board is now complete now that Cap is here.

NYT reporting we are pulling out of the deal.