Astros to meet the Nationals in the World Series

Great game last night. Great headline in the New York Daily News that summed it up for Yankees fans. 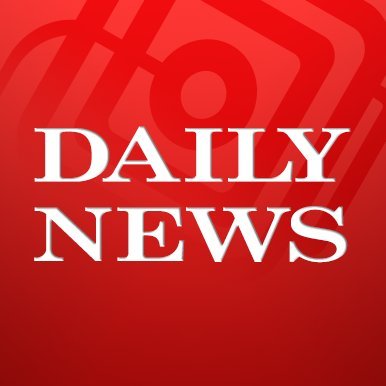 That game last night was wild

That game last night was wild

It was. I actually thought the Yankees would win the game and it would go to game seven. Chapman getting beat on his second best pitch.

Amazing how often pitchers do that kind of crap.

And why they were going hard after Altuve when light hitting Jake Marisnick was on deck was puzzling as all get out to me as well.

I’m sure Aaron Boone was thinking “don’t put the winning run on second”.

That was dumb. Hell I remember Earl Weaver once walked Johnny Bench intentionally to load the bases because he wasn’t going to let Bench beat the Orioles with his bat.

Here’s the full tumultuous ninth inning between the Astros and the Yankees. And another great postseason moment: The Howie Kendrick grand slam against the Dodgers. 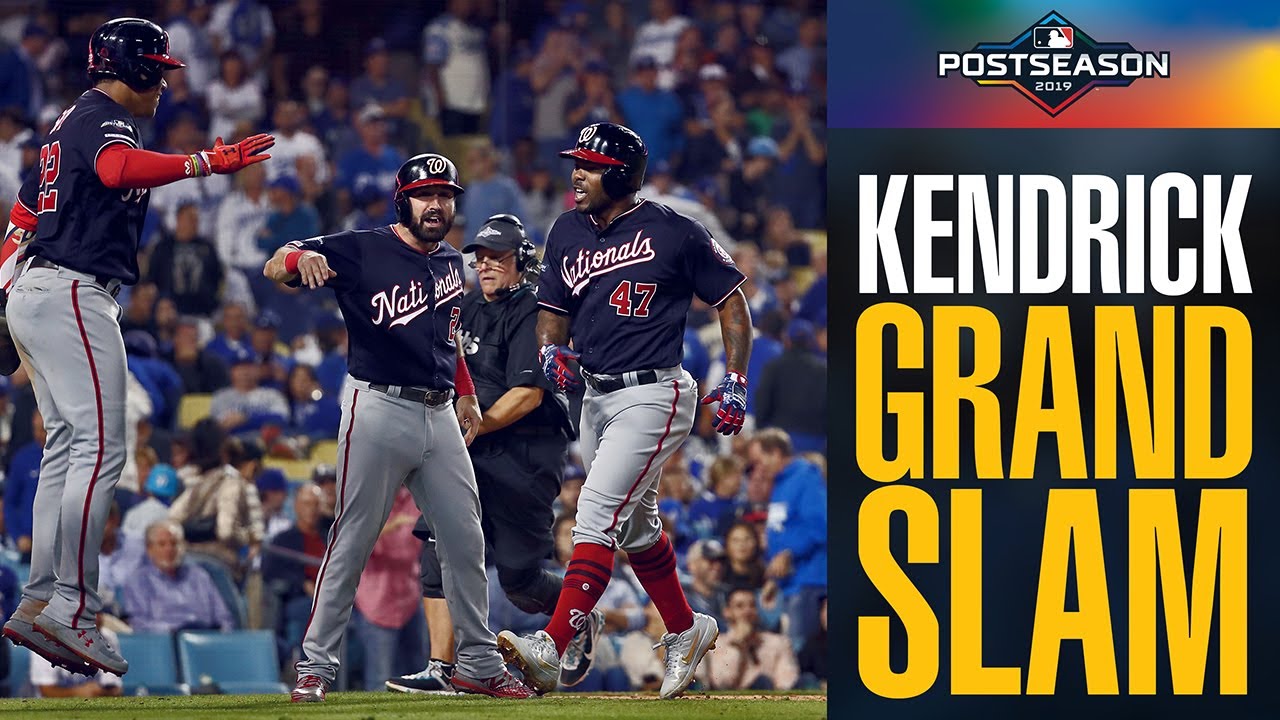 Great Series, Nats pull it out, 6-2. Come from behind. Scherzer weaves through trouble every inning, holding the Astros to 2-0 lead. In the 7th, Kendrick, the guy who had beat LA, hit a 2 run home run to put the Nats up 3-2, and they expanded the lead to 6-2. reminders of how the Giants won on the road in 2014 using a starting pitcher, Bumgarner to beat KC with 5 plus innings, the Nats win game 7 on the road, used a starting pitcher, Patrick Corbin, to pitch 3 shutout innings.

The disAstros did it to themselves. Hell yeah Nats! 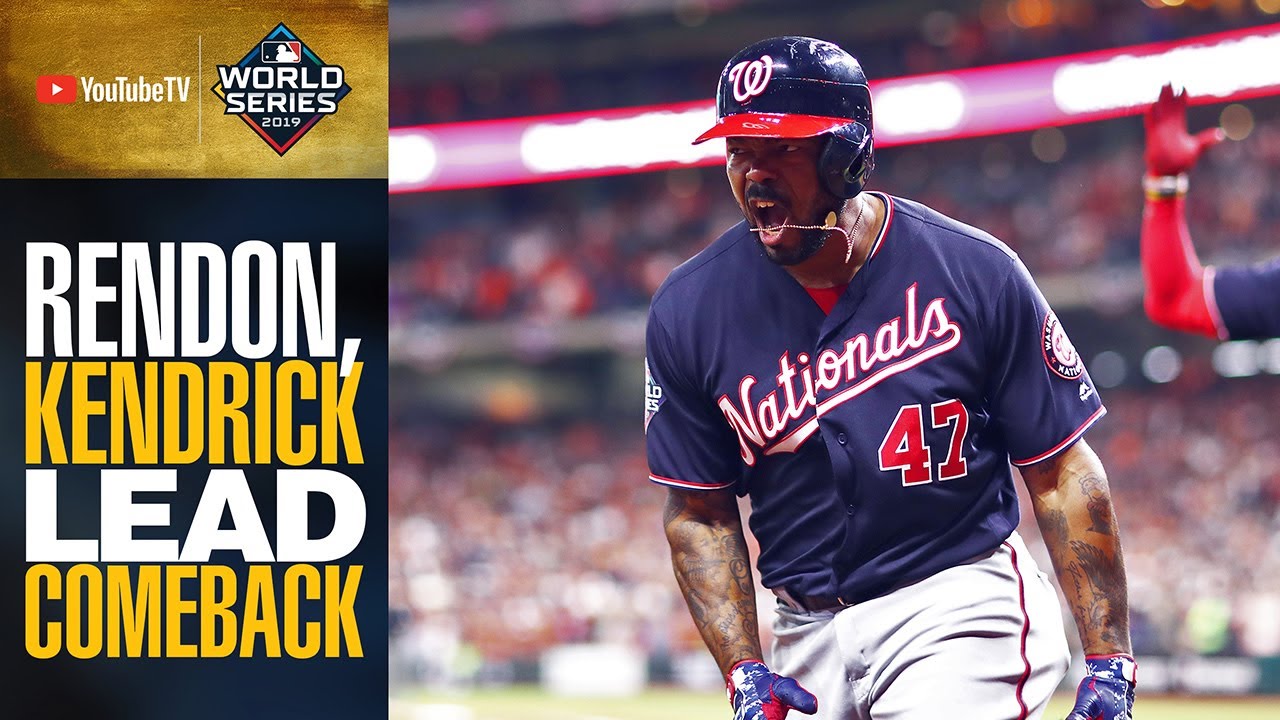 The 2 home runs that put them ahead. Rendon, then Kendrick.

Go Nats!
The only real PROFESSIONAL baseball team in the DMV(DC, MD, VA). Yes this is a knock on the Orioles because they are trash.

Great series and I will be at the parade tomorrow.

That’s what a world series should look like. Great season too.

The only real PROFESSIONAL baseball team in the DMV(DC, MD, VA). Yes this is a knock on the Orioles because they are trash.

Sometimes I forget the Orioles exist.

The only real PROFESSIONAL baseball team in the DMV(DC, MD, VA). Yes this is a knock on the Orioles because they are trash.

Sometimes I forget the Orioles exist.

I think some of their fans would rather forget, too.

I was at the parade myself had a good time. Zimmerman has been with that team since its relocation to DC in 2005. Great to see him.

I was at the parade myself had a good time. Zimmerman has been with that team since its relocation to DC in 2005. Great to see him. 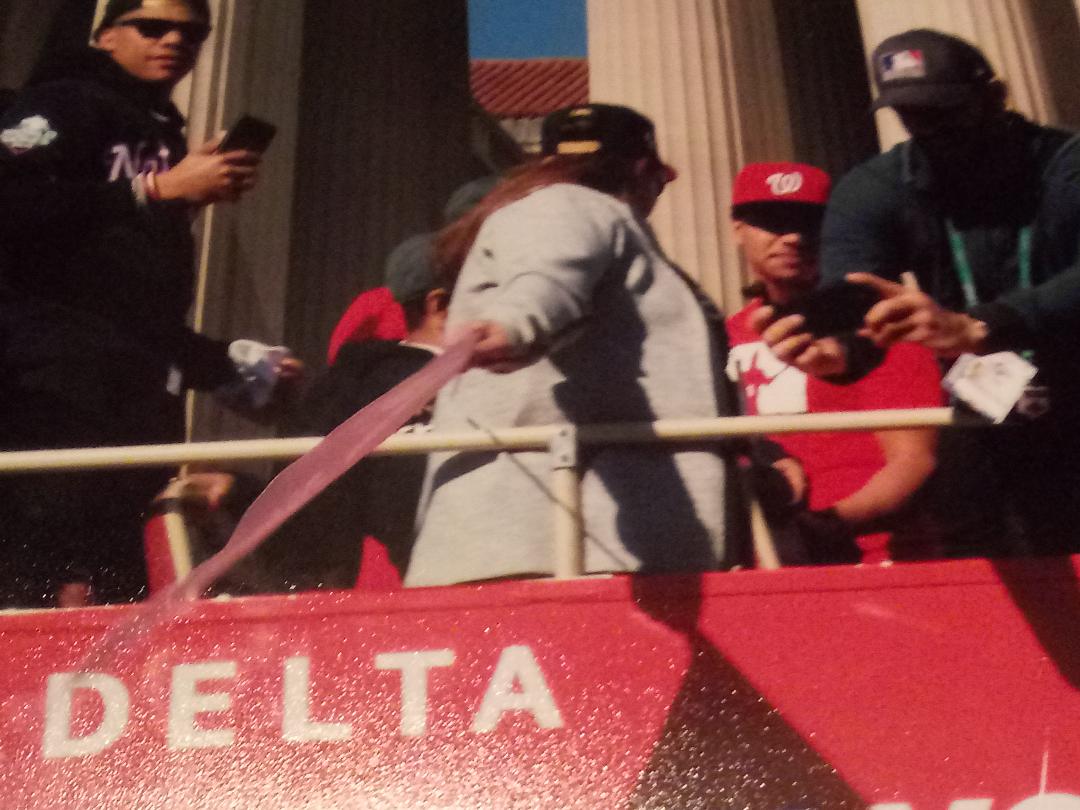 Here is one picture. I didn’t take pictures my wife did, from the camera, here is one with Juan Soto, he is the upper left with sunglasses on and a cell phone in his hand. He was the one who helped beat Milwaukee in the wild card game and did lots throughout. There were no good ones from the cellphone camera. My wife took some ones from the regular camera and here is a picture of that one. I have other ones I’ll get tomorrow. When I ran the pictures today I missed some. The thing is there are a lot of vehicles with no players in them, and occasionally a player would be in there. It was hard trying to find the players in those vehicles. Tomorrow I think I’ll have ones with Scherzer & Turner and Parra the guy who got the Shark song craze going . Sorry picture taking ain’t my specialty .

Here are some other things, pictures of Parra, Scherzer & Turner . 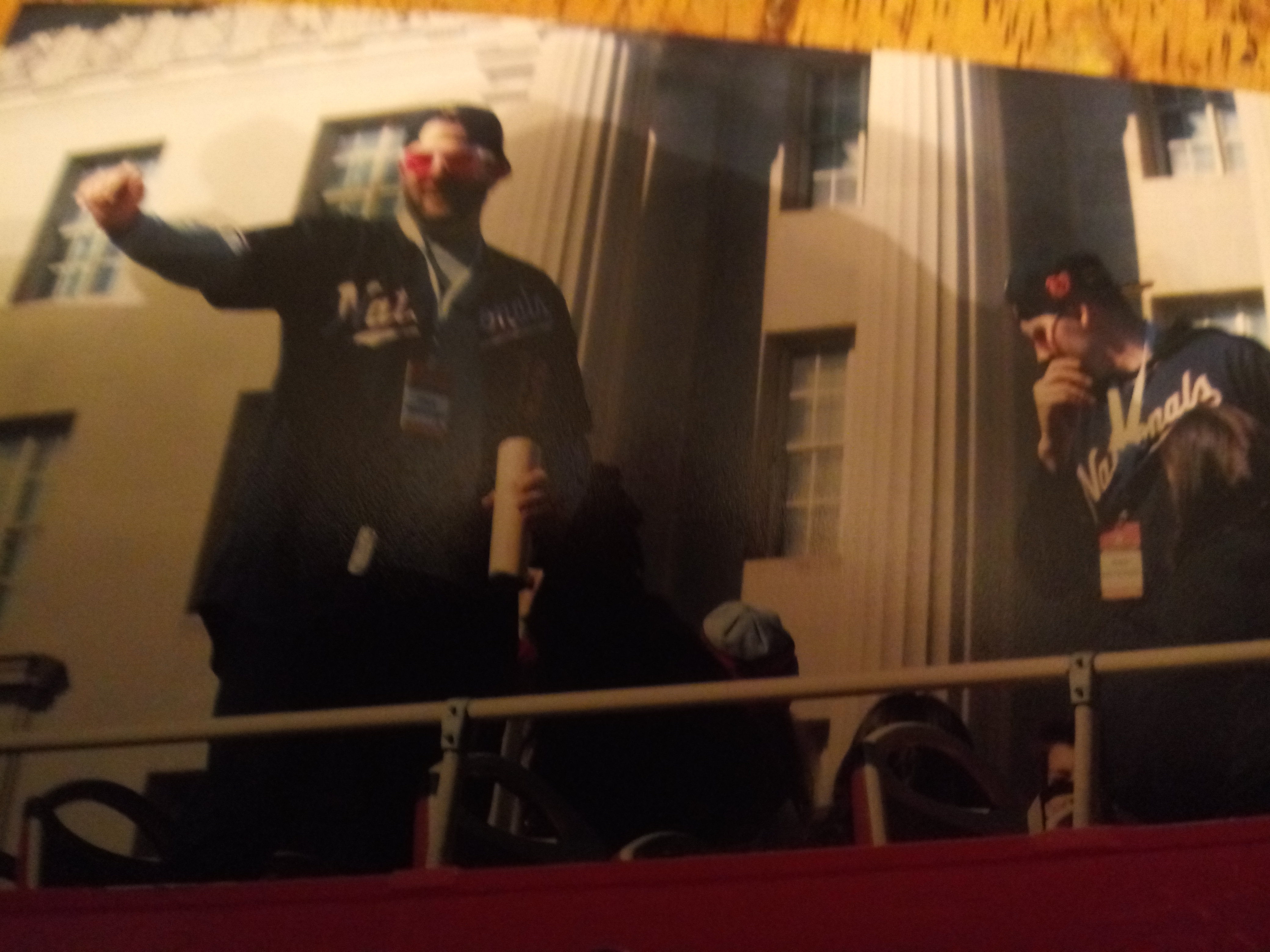 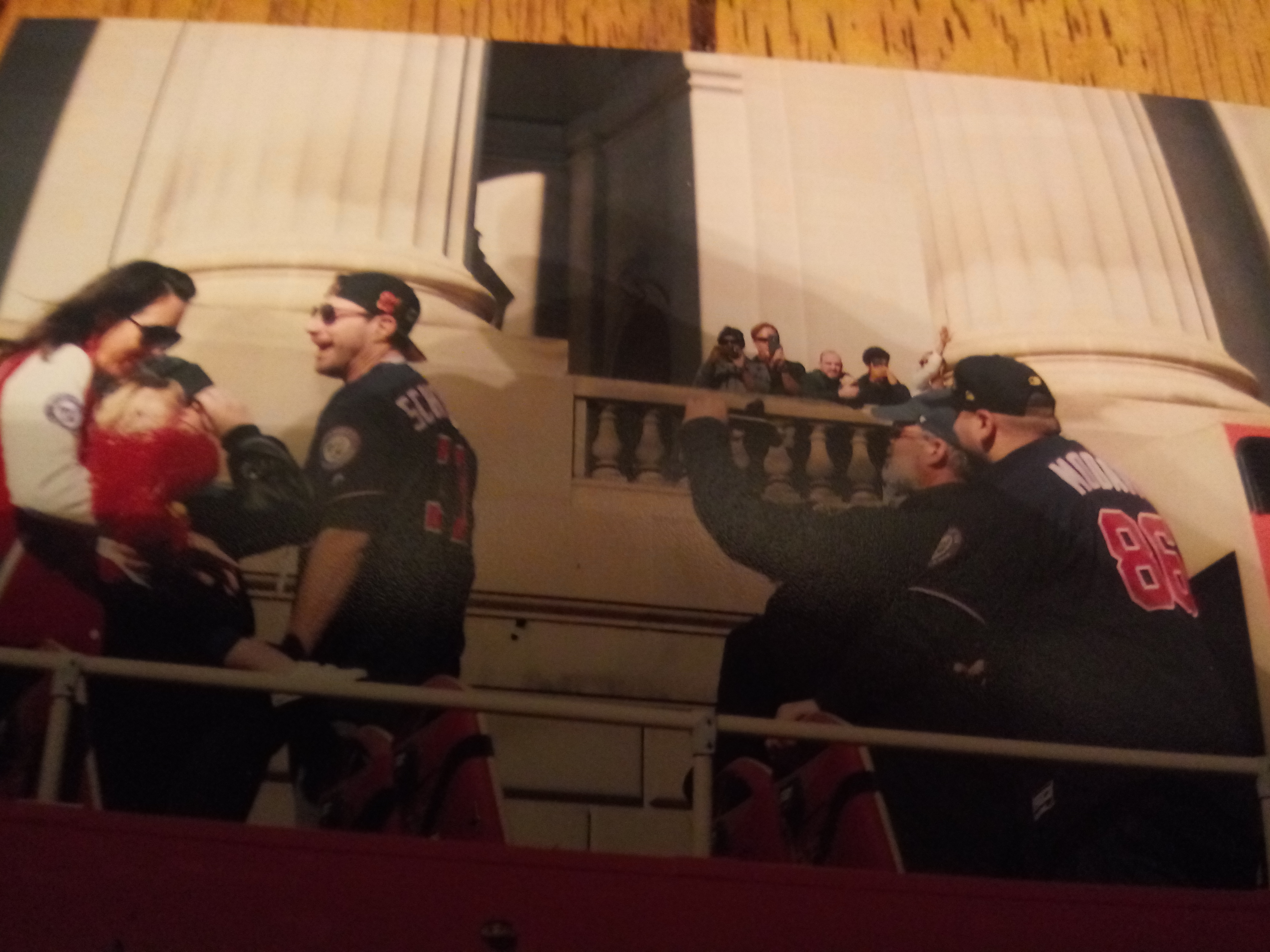 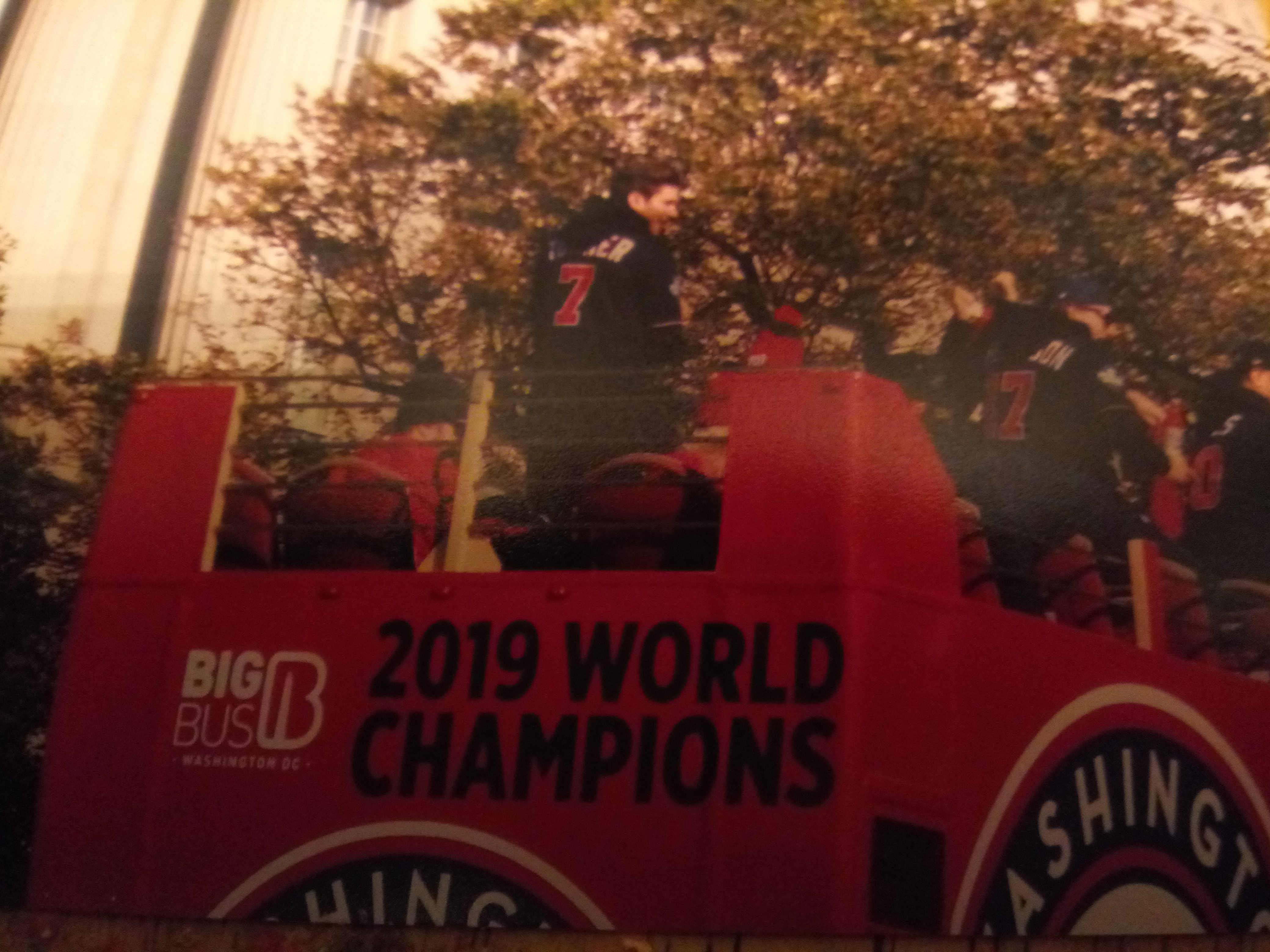 So here is when they were driving by, Scherzer, Parra and Turner were in these ones