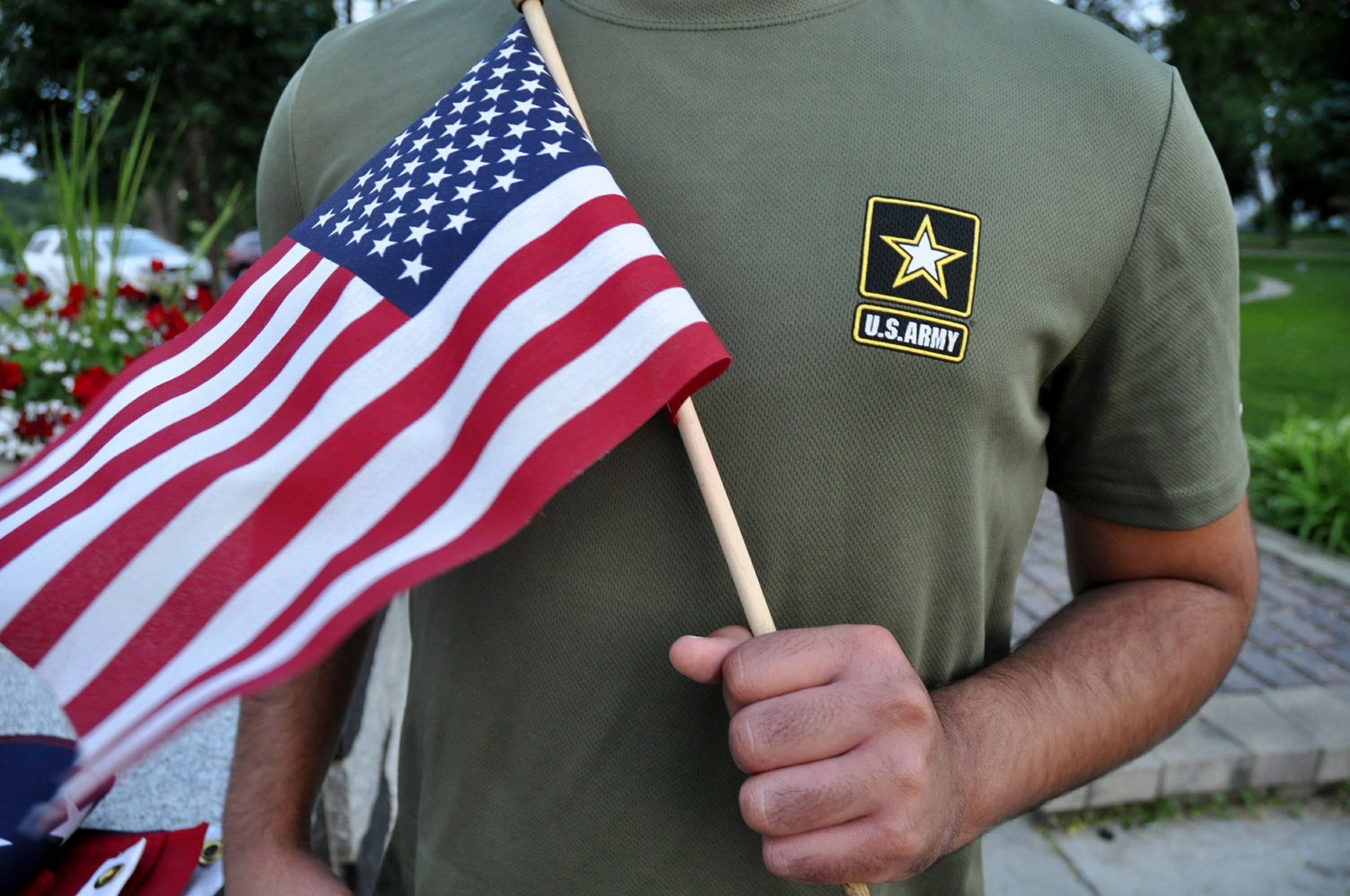 SAN ANTONIO (AP) — Some immigrant U.S. Army reservists and recruits who enlisted in the military with a promised path to citizenship are being abruptly discharged, the Associated Press has learned. The AP was unable to quantify how many men and women...

These people are legal immigrants who love this country so much that they’re willing to put their lives on the line to become naturalized citizens.

He has endeavoured to prevent the population of these States; for that purpose obstructing the Laws for Naturalization of Foreigners; refusing to pass others to encourage their migrations hither, and raising the conditions of new Appropriations of Lands.

In recent years, a group of attorneys have been fighting to keep their recruited immigrant clients eligible for naturalization as delays have mounted. Some have been successful, including nearly 50 recruits who were granted a type of temporary status while their background investigations are being completed.

In recent years. Not year. You guys are amazing.

These people are legal immigrants who love this country so much that they’re willing to put their lives on the line to become naturalized citizens.

AP has a history of fake news.

Maybe this is a sign of a pending budget cut of 50%.

Overheard by me at the West’s largest fireworks display:

Near a marine corps recruiting tent, a liberal beatnik hipster guy that had to be only 25-30… commenting on a large inflatable marine balloon: “that’s so sexist and offensive. Why does he have to be soo butch? I can’t believe they set that thing up in public…”

I succeeded in not laughing in the guys face, but have to wonder about our countries future. If we ever get invaded maybe the guys safe spaces will slow down the enemy. Otherwise we are screwed.

Will wait to see what happens here.

I’ve got to say, this is kind of disturbing. If it were illegal immigrants, I could understand - they should be discharged as they are not lawfully eligible for employment in the US. But for legal immigrants? If they love the country enough to join the military, we should be encouraging that type of behavior - not punishing people for it.

They have never hire non citizens to start with. It really is sad for those who are legal and want to become citizens.

So from the article:

The service members affected by the recent discharges all enlisted in recent years under a special program aimed at bringing medical specialists and fluent speakers of 44 sought-after languages into the military. The idea, according to the Defense Department, was to “recognize their contribution and sacrifice.”

So originally the executive order (not a law passed by congress) created a program to get specialized personell for the military.

Then Comes Obama and boom:

It came under fire from conservatives when President Barack Obama added DACA recipients — young immigrants who were brought to the U.S. illegally — to the list of eligible enlistees. In response, the military layered on additional security clearances for recruits to pass before heading to boot camp.

A backdoor way to get all his special DACA kids US citizenship.

Sounds like the program has been basdardized and needs to go back only to specialized recruitment or be eliminated.

For those who question the executive order creation:

Republican Congressman Andy Harris of Maryland, who has supported legislation to limit the program, told the AP that MAVNI was established by executive order and never properly authorized by Congress.

The military has been recruiting special skills including language for years.

Text from the article reads:

The Defense Department had not managed to put them through extensive background checks, which include CIA, FBI and National Intelligence Agency screenings and counterintelligence interviews. Therefore, by default, they do not meet the background check requirement.

You guys should look up Larry Thorne. He was KIA in Vietnam.

AP has a history of fake news.

That doesn’t stop you from posting garbage from GatewayPundit, who has a major history of fake news.

did you read the first sentence in your quote? No ok go ahead and do that

You guys should look up Larry Thorne. He was KIA in Vietnam.

He appears to have been a dedicated anti-commi, just like you.

“The AP was unable to quantify how many men and women who enlisted through the special recruitment program have been booted from the Army, but immigration attorneys say they know of more than 40 who have been discharged or whose status has become questionable, jeopardizing their futures.”

40 immigrants discharged for unknown reasons is what passes for a purge of immigrants?
This may be reason for the AP to start researching to determine if there is a story here, but it is not a story.

I’ve got to say, this is kind of disturbing. If it were illegal immigrants, I could understand - they should be discharged as they are not lawfully eligible for employment in the US. But for legal immigrants? If they love the country enough to join the military, we should be encouraging that type of behavior - not punishing people for it.

If I’m understanding this, they are illegal immigrants but by serving, it was a promised pathway to citizenship. What the military is now saying is that they haven’t been properly vetted yet and their family ties create a question regarding a security risk? What I don’t understand is, why did the military consider this now and not beforehand?

This is from the officer who helped design this program; All had signed enlistment contracts and taken an Army oath, Stock said. Many were reservists who had been attending unit drills, receiving pay and undergoing training, while others had been in a “delayed entry” program, she said.