Approximately 95% of recent riots are BLM-related

. . . up to 95 percent of this summer’s riots are linked to Black Lives Matter activism, according to data collected by the Armed Conflict Location and Event Data Project (ACLED) . . . Of the 633 incidents coded as riots, 88 percent are recorded as involving Black Lives Matter activists. Data for 51 incidents lack information about the perpetrators’ identities. BLM activists were involved in 95 percent of the riots for which there is information about the perpetrators’ affiliation. 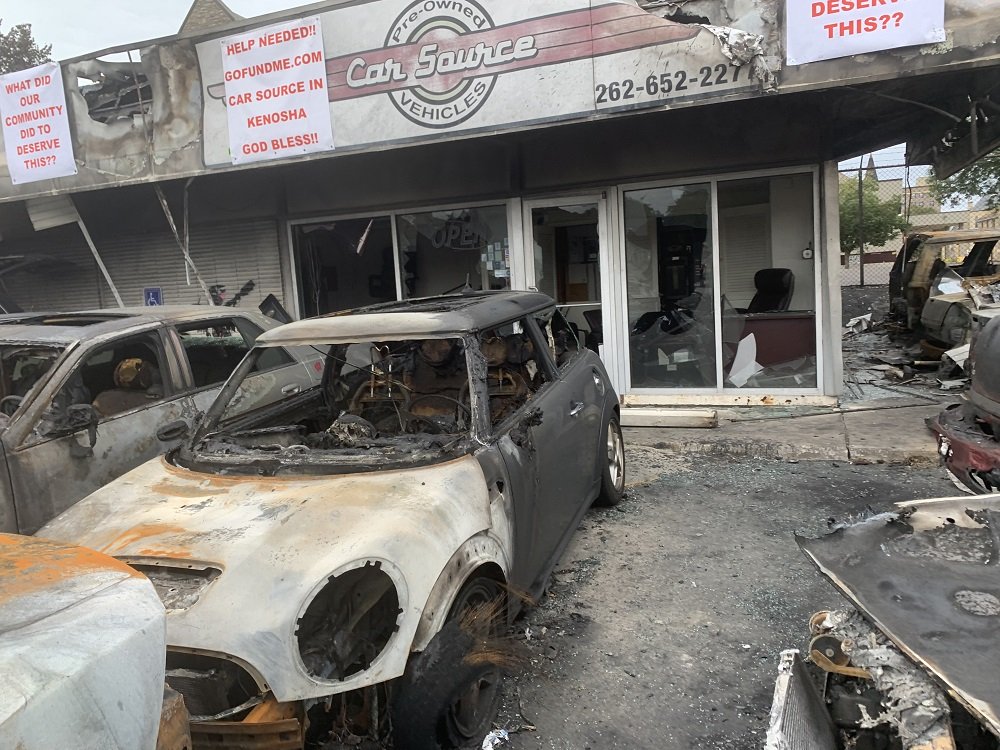 Of course, the mainstream media rarely admit that the vast majority of police encounter are peaceful. Here are some statistics: Think police are racist killers? The newest data shows that couldn't be...

Anti-police rhetoric is spreading across the country faster than the virus because disinformation about racist police shootings fuels its transmission.

The number people who had encounters with police is approximately of 50 million per year.
https://www.bjs.gov/index.cfm?ty=pbdetail&iid=6406

That means that 99.9999% of police encounters do not result in killing of unarmed people, which is the basis of the BLM protests. The protests are arguably killing far more unarmed Black people than the police have; here are a few of the victims: 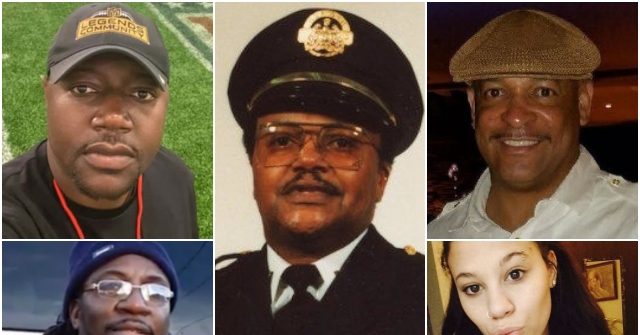 At least four black American men and one biracial woman have been killed in riots wreaking havoc on American cities over the last week.

Where is the apology from BLM leaders?

Where is the apology from state and local authorities that have allowed violence to continue without adequate police response?

How can I respond to two different numbers.

My observation is you could claim World War II was “mostly peaceful” if you simply looked at the fraction of time in battle for American service personnel. Of course, that would be a case of lying with statistics.

The fact that a dozen protests in a city were peaceful does not help you if your family member was killed or your business was burned down in the one protest that turned into a riot.

Let’s see. They are.

These are a small minority of the protests.

Police stops are much more peaceful than the BLM protests.

Police stops are much more peaceful than the BLM protests

And I already have posted that assertion is a fallacy.

What process is used to identify the perp as BLM?

And here is the ACLED data for the United States The US Crisis Monitor is a joint project of ACLED and BDI providing the public with real-time data on demonstrations and political violence across America.

The Federalist used the same data base. The question is how you analyze the data.

Imagine that you are a farmer in occupied France in World War II. German troops march by your house every day for 99 days in a row without incident as a part of their patrols. On day 100 they stop, claim that resistance forces have been using your farm as a base, and burn everything to the ground.

Were they really 99% peaceful?

Yes, it looks that way.

My observation is that reversing the order of the example from occupied France makes the point even more clearly. Imaging that day one were a French farmer who watched German troops burning a couple of neighboring farms because of alleged support of the resistance. For the next 99 days, the same troops march by your house each with no further incidents.

Were the German troops 99% peaceful?

Or was did the violence on the first day mean that the threat of violence create a real threat for the next 99 days, so none of the patrols were peaceful?

If the example sounds farfetched consider that local mayors and governors have actively discouraged arrests. Worse yet local prosecutors have frequently dropped charges or allowed protestors to be released without any bail so that the same violent extremists have stayed on the streets for months.

Consider the example of Michael Reinoehl, who was recorded stalking and killing a Trump supporter a few weeks ago in Portland:

A June 2020 story in the Baker City Herald reported that Reinohl, of Clackamas, “and his teenage son were both arrested early Monday after an Oregon State Police trooper saw the pair apparently racing at over 100 mph in separate vehicles on Interstate 84 near North Powder.” The article indicated Reinoehl is 48 and was “charged with driving under the influence of a controlled substance, recklessly endangering another person and unlawful possession of a firearm. He was also cited for driving while uninsured, driving while suspended, and for speeding" . . .

According to Oregon Live, Reinoehl was previously accused of “carrying a loaded gun at an earlier downtown Portland protest.” Specifically, the newspaper reported, on July 5, he was “cited at 2:10 a.m. in the 700 block of Southwest Main Street on allegations of possessing a loaded gun in a public place, resisting arrest and interfering with police.” The accusations were dropped. 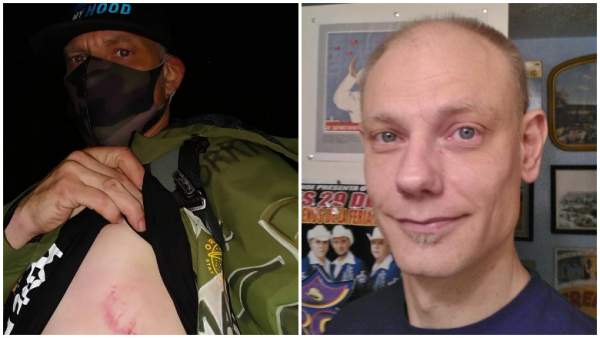 Michael Reinoehl, the Portland shootng suspect, is dead. He was killed in a federal raid after proclaiming self defense to a news outlet.

There are many other examples of prosecutors allowing violent protestors to go free without charges. Here is a report from June:

In St. Louis, the District of Columbia, Philadelphia and New York, serious charges against hundreds of people arrested for stealing and torching property have been dismissed. Those dismissals have come from the federal level in the nation’s capital, from district attorneys elected with millions in campaign cash from left-wing activist George Soros, and in New York from a bail reform measure that went into effect this year. 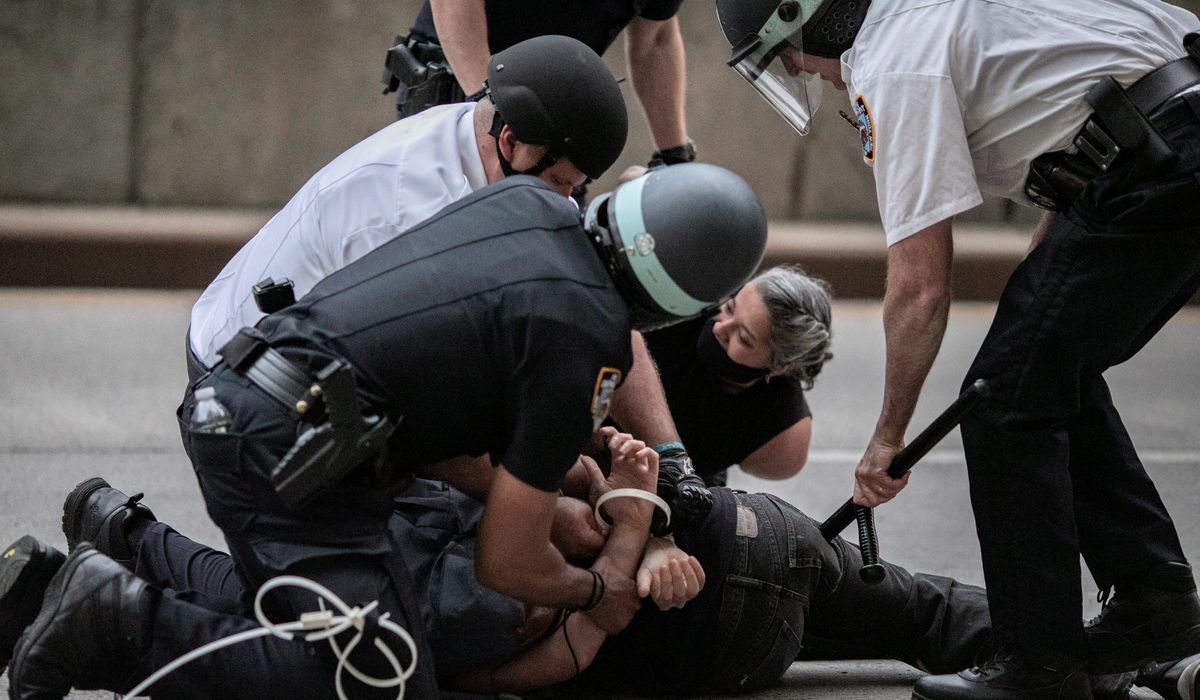 Protesters arrested for looting or rioting in several American cities appear to have been let off the hook as prosecutors drop charges or new laws put them back out on the streets quickly.

Here is the raw data the article misused.

The data lists “associated actors” involved with the underlying protests. If riots occurred during those protests, it does not claim the riots were the actions of BLM activists. The author of that article either didn’t understand the difference between “associated actors” and the individuals responsible for the riots, or simply didn’t care and presented it that way. Her faulty assumption is that any riot which occurs during BLM protests were instigated by BLM members. The raw data does not support that claim.

It’s all there. All 12,045 episodes of unrest and 633 classified as riots cited in the article. See for yourself. Sort by column “EVENT_TYPE” to look through it more efficiently.

It makes the association quite obvious.

“Where is the apology from BLM leaders?”

You won’t get one. They don’t count the deaths of black and biracial Americans at the hands of largely white BLM members.

It’s only for those who have lost their lives at the hands of white police officers. I wonder if a nonwhite officer pulled the trigger if they’d have any protest?

And while we’re at it, why does no one seem to care that black perpetrators whose victims are black pretty much get a slap on the wrist?

I was very sad for this lady when her attacker negotiated a deal & got something close to nothing on a reduced charge. Who comes up with some of this ridiculous terminology anyway?

“Malicious wounding”?!?!?! He stabbed her in her grandmother’s house.