It seems Alexandria Ocasio-Cortez practices the exact opposite of what she preaches.
Her campaign headquarters was only a one minute walk from the Metro train station, yet the Metro was only used 52 times. Uber, Lyft and other car services were used 1,049 times.

They used airlines 66 times and Amtrak only 18 times.

I like this one:
Of the car rides, 505 were with Uber.
She wrote:
“Yellow cab drivers are in financial ruin due to the unregulated expansion of Uber,” she tweeted on March 21. “What was a living wage job now pays under minimum.”

Her campaign billed only seven rides in yellow cabs in a year and a half, federal filings show. Again, 505 rides with Uber. 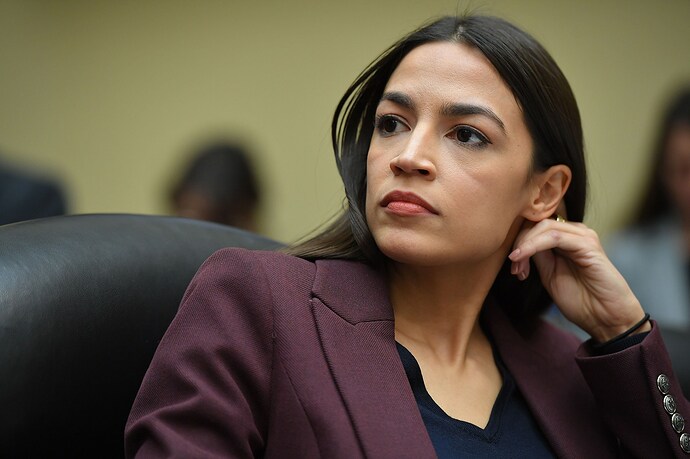 Freshman Rep. Alexandria Ocasio-Cortez wants to save the planet with her Green New Deal, but she keeps tripping over her own giant carbon footprint.

Ya that seems to be the typical actions of many advocate this stuff like Al Gore and others. they want us to do this and that, but not so much for themselves.

She used transportation available to her campaign to arrive somewhere? Burn her!

Republican’s blew out the deficit and have us on the road to financial ruin after 8 years of campaigning on fiscal conservatism. Who’s the bigger hypocrite?

Geeze this is weak… Come on people you can do better.

you can expect nothing but millennial lefty teenage speech and hypocrisy from her.

She’s better looking than Pelosi…so there is that.

Well, that’s not exactly accurate, is it? The criticism is that her campaign had choices available that were consistent with her position, yet didn’t utilize them.

The better argument would be to demonstrate she didn’t actually have those choices available.

Geeze this is weak… Come on people you can do better.

Should review some of the Trump threads.

Look 2 posts above yours.

Look 2 posts above yours.

Why was this a thing?

Didn’t you know? Because she wants to tackle climate change, she’s not allowed to use transportation to get anywhere.

The democrats answer to Palin

Again, that’s not the criticism.

The democrats answer to Palin

Lol no. Not even close.

My elaboration is just a little further up in the thread.