Any of you guys see this 1962 film about the confirmation process for SECSTATE?

Henry Fonda and a bunch of other big names.

Great film about corruption in CENTGOV.

A lot of collusion and legacy preservation. Amazing film.

Homosexuality in the military is brought in to the plot.

Old Otto directed some great flicks. Another good one that was made two years later is Seven Days In May.

Did you get that from the trivia page at IMDB.COM? It is an interesting fact.

It was on the TCM wrap up after the movie.

It was on the TCM wrap up after the movie.

Long ago, very good movie. I wish we still had TCM here.

I’ll have to check it out! Thanks for the recommendation…

That I did not know.

Here is the link to the trivia page for the movie at IMDB.com 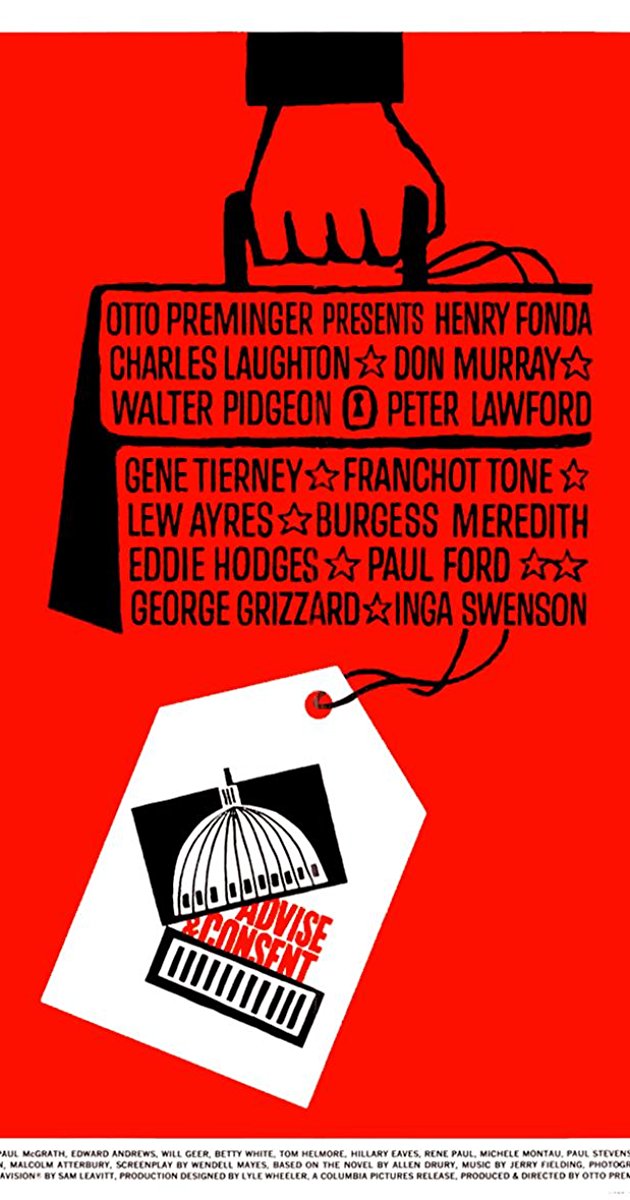 Don’t know if you visit the site, but it is my go-to for all things movie and television.

Any of you guys see this 1962 film about the confirmation process for SECSTATE?

Henry Fonda and a bunch of other big names.

Great film about corruption in CENTGOV.

Wow, never heard of it, gets a 7.8 viewer rating on iMDB.com, which is very high. Thanks, I will definitely find and watch. I liked the movie quote from this first paragraph from the New York Times review (link via imdb):

[indent]
"TOWARD the end of the sassy, stinging, picture that Otto Preminger has made out of Allen Drury’s best-selling novel about Washington, “Advise and Consent,” the majority leader of the United States Senate snaps at one of his Senate confreres who has pulled a vicious trick on the pretext of being patriotic, “Fortunately, this country is able to survive patriots like you.”
[/indent]

So thanks for the tip, and here’s to hoping that’s still the case.

Yes, that was a great line.