A salute to the Federal Circuit, where legal expertise will only get you so far :smile:

AntiBody Fragment: A Description of the Federal Circuit? The Federal Circuit Expressly Declares that Juries Determine the...

The United States Court of Appeals for the Federal Circuit is that mostly “forgotten” court of appeals that attracts little attention because it neither handles high profile issues and mostly handles high brow matters.

Yet, because of its subject matter, it is perhaps the most critical court of appeal for high tech industry.

To get on the Federal Circuit, you pretty much have to be a genius of the first order.

Take Pauline Newman, appointed to the Federal Circuit in 1984 and still serving in active status at 93 years of age.

Born in New York City, New York to Maxwell H. and Rosella G. Newman, Newman received a Bachelor of Arts degree from Vassar College in 1947, a Master of Arts from Columbia University in 1948, a Doctor of Philosophy in chemistry from Yale University in 1952 and a Bachelor of Laws from New York University School of Law in 1958.[1] She worked as a research scientist for American Cyanamid from 1951 to 1954. From 1954 to 1984, Newman worked for FMC Corp., for fifteen years (1954–1969) as a patent attorney and in-house counsel, and for another fifteen years (1969–1984) as director of the Patent, Trademark and Licensing Department.[1]

A Ph.D. in chemistry and a law degree.

But needed to plow through the crap the Federal Circuit must decide upon.

I just thought I would give a well earned salute to that most overlooked of courts. 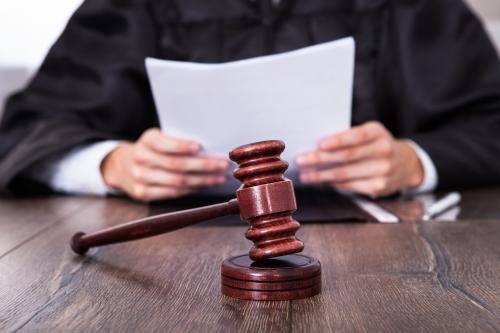 On July 24, 2020, a panel of the Court of Appeals for the Federal Circuit issued splintered precedential opinions surrounding the interplay of state sovereign immunity under the Eleventh Amendment and

Also, a rather interesting 11th Amendment Sovereign Immunity issue in the above case. Something that likely will eventually make its way to the Supreme Court.