A rare moment of awesomeness at the Fifth Circuit 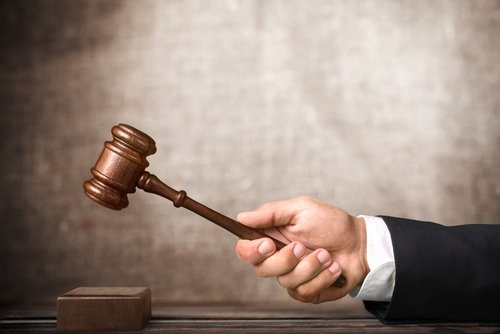 The ABA Journal is read by half of the nation's 1 million lawyers every month. It covers the trends, people and finances of the legal profession from Wall Street to Main Street to Pennsylvania Avenue.

I know who the worst fiends are on the left side of the Federal Judiciary.

But a number have cropped up on the right recently.

Then there is an arrogant ■■■■■■■ that has been around for ages.

Judge Lynn Nettleton Hughes of the Southern District of Texas, who sits in Houston. 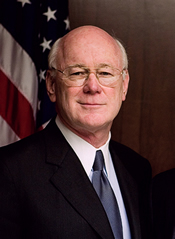 Lynn Nettleton Hughes (born September 9, 1941) is a United States District Judge of the United States District Court for the Southern District of Texas. Born in Houston, Texas, Hughes received a Bachelor of Arts degree from the University of Alabama in 1963 and a Juris Doctor from the University of Texas School of Law in 1966. He was in private practice in Houston from 1966 to 1979. He was President of Southwest Resources in Houston from 1969 to 1970. He was a judge on the 165th Judicial Distric...

Hughes has repeatedly expressed his contempt for anti-trust laws. To such an extent that the Fifth Circuit has removed him from the anti-trust case in the linked article and five other such cases. He may be barred from hearing any other sort of cases in the future.

Far from his first such incident.

And he is a known misogynist and involved in incidents that frankly should have seen formal discipline issue to him.

He is 80 years old. He should do the Federal Judiciary and the United States a favor and retire outright. Instead, he remains an active status Judge.

Normally, I would applaud such industriousness, but not in his case.

But thanks to the Fifth Circuit for giving his ass the iron boot.

I’m breathing deep right now…cuz I don’t know when I’ll have this much fresh air again?

I’m breathing deep right now…cuz I don’t know when I’ll have this much fresh air again?

I assume your wondering why I am putting such significance on this case.

I expect a certain amount coming from the left.

I am far less tolerant of it coming from the right.

Simply put, jurists on the right should KNOW better and I hold them to a higher standard.

I won’t call out the likes of Reinhardt, Pregerson, KBJ, Sotomayor, etc., but let crap on the right slide.

And frankly, I will be harsher on the Hughes, because I have a far higher expectation for jurists on the right.

And Hughes behavior in court does not come close to the deportment expected of an Article III Jurist.

I was just very happy to see him get this well deserved smackdown.

…and that makes two of us my friend. Cheers.