This is from CNN…I hope it’s acceptable source for libs. 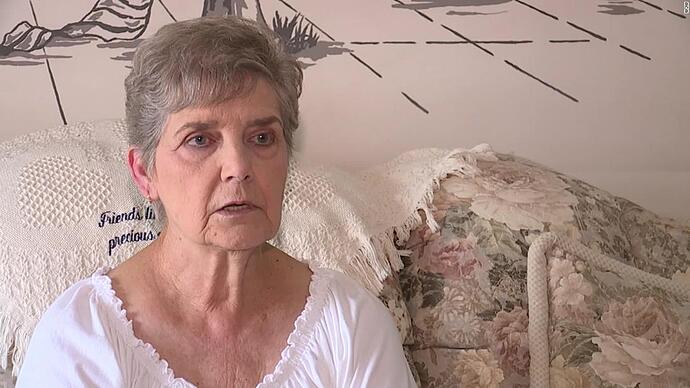 In a town with the same name as a famous fictional cat, a 79-year-old woman is sentenced to jail time for feeding stray cats, but there is more to the story than it appears.

why is this in politics

Because it is politics is the reason why she’s in jail.

Segula was convicted after her first citation in 2015 and was sentenced to two years of probation in 2017 after various citations, including having too many animals and not disposing of the waste that was often found in her neighbors’ yards, Riley said.

She was told not to feed the strays anymore, but he says that request was ignored.

At a probation hearing in May, she received a 10-day jail sentence that was suspended with the understanding that she would no longer feed the animals.

Why the silly laws to begin with?

Why the silly laws to begin with?

She should move to Baltimore.

I vote you go live next to her.

I see, laws must be enforced regardless…right libs?

On the surface it seems pretty ridiculous but she was given a million chances and if she still keeps breaking the law, no matter how stupid the law may seem, what else are you going to do ?

I see, laws must be enforced regardless…right libs?

Who created such petty laws anyway?

What am I doing?

We have silly law that is putting old woman in jail because she was feeding stray cats?

Is this what out society has come too?

Are you really this unaware of “animal hoarders” and the horrific outcomes that result?

This is only harming the cats in the long run as the breed unchecked without the care domesticated animals actually need.

Who created such petty laws anyway?

I don’t really know why cities would have such laws. I guess cause they think stray animals carry disease ?

She 79 years old…the cats give her pleasure, companionship.

Can’t you at least agree we become a nation. a society of too many laws?

What purpose that this law have?