a team of student from the university of Victoria have found a 14,000 year old village in BC.

The team found ancient fish hooks and spears, as well as tools for making fires. However, they really hit the jackpot when they found an ancient cooking hearth, from which they were able to obtain flakes of charcoal burnt by prehistoric Canadians.

Using carbon dating on the charcoal flakes, the researchers were able to determine that the settlement dates back 14,000 years ago, making it significantly older than the pyramids of Ancient Egypt, which were built about 4,700 years ago. 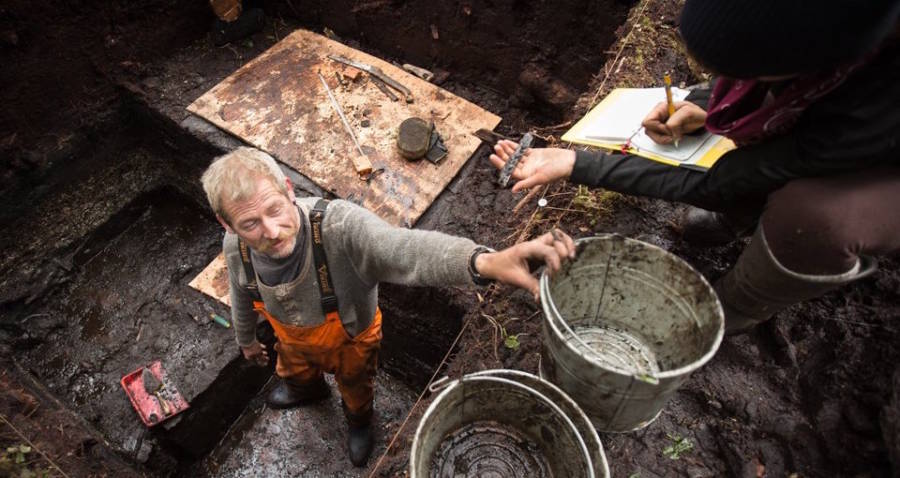 Ancient Ruins Older Than The Pyramids Discovered In Canada

A researcher at the site said, "I remember when we got the dates back, and we just sat back and said 'Holy moly, this is old.'"

Wow! 14k years ago is way older than Sumeria and even far, far older than Egypt.

They’ve identified a crater in Greenland of the correct age to be the Younger Dryas impact feature. It is possible that no living human is descended from the people who lived there.